Aside from the revenue generated by the sales of market ready hard clams, associated businesses have developed in support of the industry. For example, hatcheries produce seed, seamstresses make clam bags, boat builders specialize in work skiffs, and wholesalers purchase clams, add value, and distribute to markets nationwide. The industry also provides local employment, such as processing plant workers and truck drivers. Thus, the process of getting the clams to the final destination of a consumer’s plate is represented by many businesses, each contributing to the local economy through sales, wages paid, supplies purchased, taxes rendered, and jobs created.

Economists at the University of Florida surveyed certified shellfish wholesalers in 1999 and, again, in 2007 to determine the number and value of clams handled in those years to estimate direct, indirect, and induced impacts. The contribution of cultured clam sales was assessed to be $34 million to the state’s economy in 1999, increasing to $53 million in 2007, making clam farming an important agribusiness.

The most recent study (view report) of the economic contribution associated with the Florida clam industry was conducted in 2012. Highlights include: 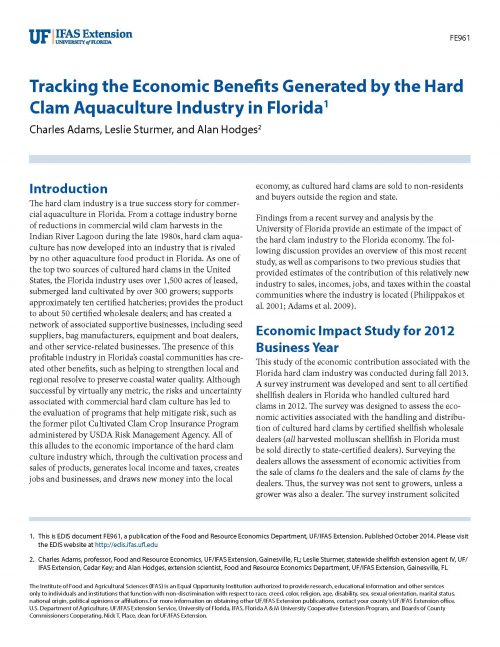 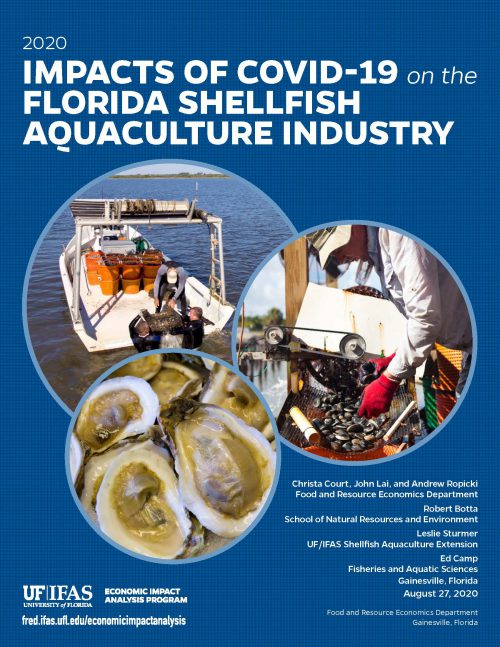 In 2020, Florida’s shellfish growers experienced sharp declines in sales revenues due to public health measures enacted to mitigate the spread of COVID-19., It was estimated that the industry lost about $1.85 million in revenue from March to May. Details can be found in this report.