The first national Census of Aquaculture was conducted in 1998 by the US Department of Agriculture (USDA), National Agricultural Statistics Service (NASS). Florida was identified as a leading producer of cultured clams with 221 growers reporting $9.5 million in sales. Since state surveys indicated Cedar Key was the major production area for hard clams, a municipal sign was erected boasting that the island community was USA’s number one producer of farm-raised clams. In the 2005 Census, Florida fell behind Virginia and Connecticut but led the nation in the number of clam farms with 154 growers reporting $10.7 million in sales. Eight years later, Florida was fourth in the nation in sales of mollusks with 132 farms reporting $19.6 million, up 68% from 2005 sales.

The most recent Census of Aquaculture was conducted in 2018. Highlights include: 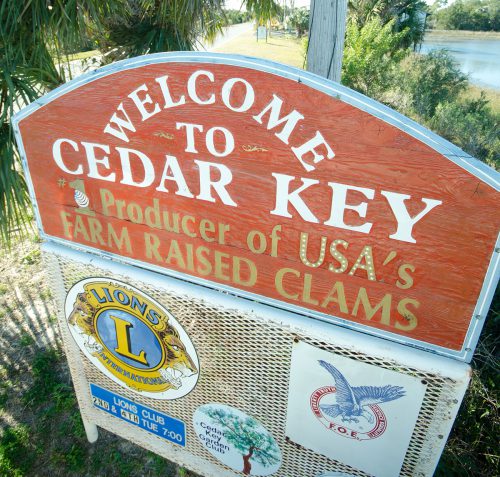 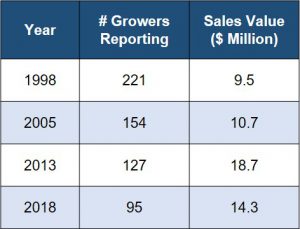