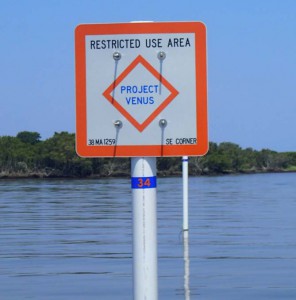 One of the first steps in this project objective is to allow growers in Cedar Key to learn and “experiment” with sunray venus clam culture practices without the investment and commitment of acquiring a lease. In previous growers’ trials conducted during 2010-12, it was found that the majority of existing leases in the area were not optimally suitable for farming sunray venus clams. A 5-acre demonstration site was approved in 2014 by the Board of Trustees and is managed by the University of Florida. Located at a submerged sand spit east of Cedar Key, promising results from prior test plots were obtained at this site. Further, high-resolution soil maps of the site were created to determine if soil properties were acceptable. Grower selection, cultivation requirements, and other criteria were developed with the Cedar Key Aquaculture Association; the organization is also serving in an advisory capacity for the project. Currently, about 25 growers are participating in the “hands-on” training and some have begun to harvest sunray venus clams from their plots. A series of workshops was conducted to coincide with culture practices associated with producing a crop of sunray venus clams. The classroom curriculum is also being delivered to interested growers in other parts of the state.

For more information about this project objective, view the presentations below. 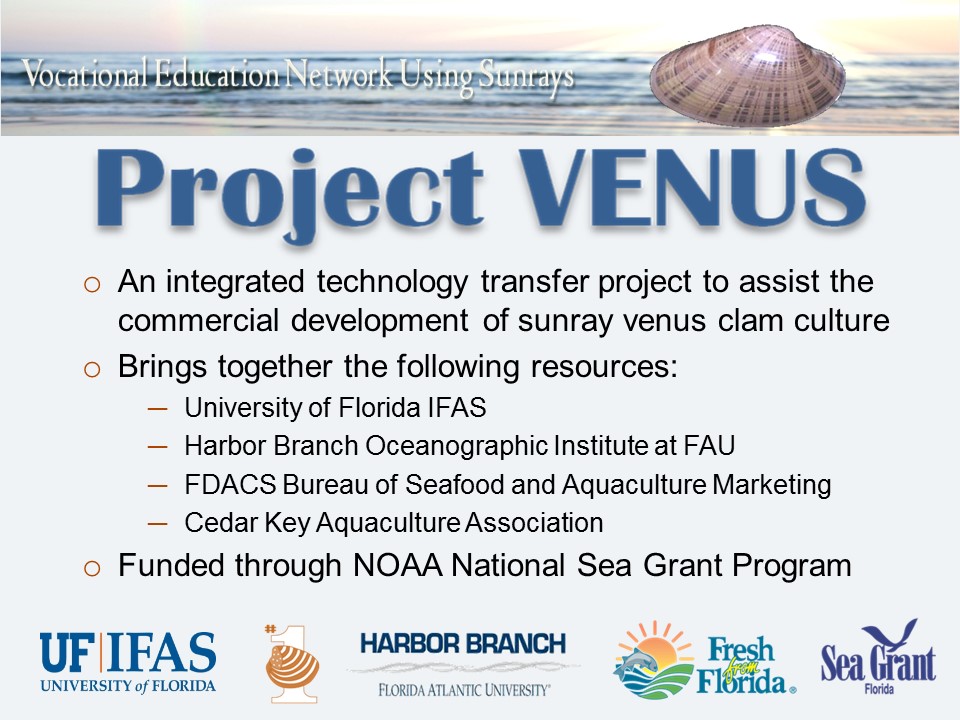 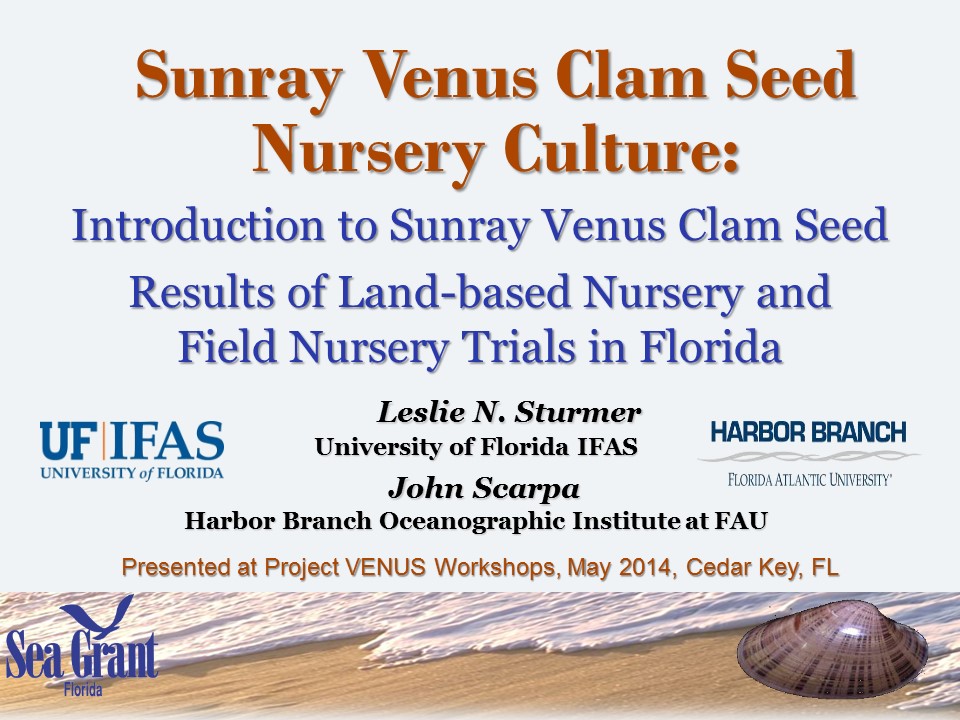 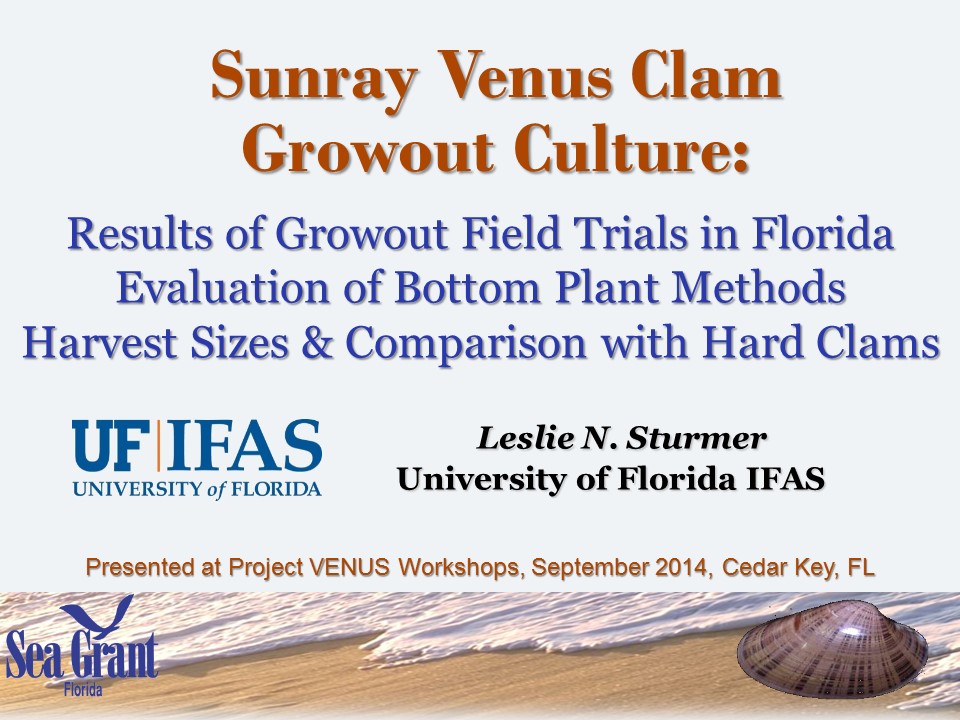 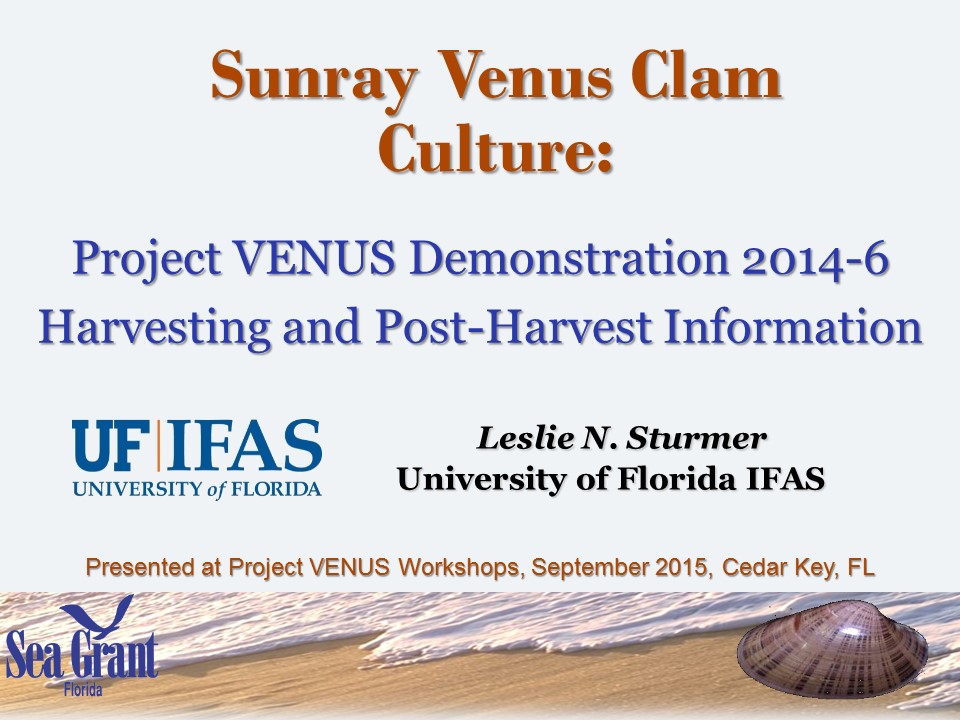