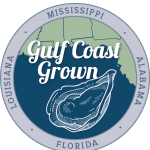 The Second Session of the Online Oyster Culture Course is available NOW.

This FREE course is designed for beginning oyster growers and those interested in the prospects of oyster culture in the Gulf of Mexico. The course covers basic information on how to get started to growing and harvesting your first crop of oysters. The second session, Meet the Gear Suppliers, provides information on 13 manufacturers, suppliers, and distributors of off-bottom culture gear. Learn about the various gear types and accessories available to culture oysters. If you are interested in enrolling, visit the course website: https://oyster-culture.teachable.com/. If you have any questions, please email Leslie Sturmer at LNST@ufl.edu.

This FREE course is designed for beginning oyster growers and those interested in the prospects of oyster culture in the Gulf of Mexico. The course covers basic information on how to get started to growing and harvesting your first crop of oysters. If you are interested in enrolling, visit the course website: https://oyster-culture.teachable.com/. If you have any questions, please email Leslie Sturmer at LNST@ufl.edu. 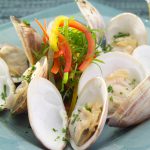 The USDA Agriculture Marketing Service has announced plans to include purchasing $5 million worth of farmed hard clams (processed-cooked, frozen, and packaged) for distribution to various food nutrition assistance programs.  Purchases will be made with the purpose to encourage the continued domestic consumption of these products by diverting them from the normal channels of trade and commerce. In an effort to alleviate some of the oversupply of farmed clams and to avoid downward price pressure, the East Coast Shellfish Growers Association petitioned AMS to purchase clams to be handed out at food banks. This is the first such purchase AMS has

Impacts of COVID-19 on the Florida Shellfish Aquaculture Industry

Like many others in agriculture and aquaculture, Florida’s shellfish aquaculture growers experienced sharp declines in sales revenues as a result of public health measures enacted to mitigate the spread of COVID-19. The UF/IFAS Economic Impact Analysis Program, in collaboration with UF/IFAS Shellfish Aquaculture Extension and FDACS Division of Aquaculture, estimates that the Florida shellfish aquaculture industry lost approximately $1.85 million in sales revenue from March to mid-May of 2020 due to the COVID-19 pandemic. This new report details the data, methods, and results of the analysis of losses. 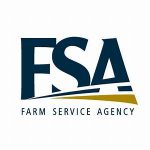 The USDA Farm Service Agency (FSA) is responsible for the delivery of federal farm programs to help farmers manage risks and recover from disasters. The Noninsured Crop Disaster Assistance Program, or NAP, provides financial assistance to farmers of non-insurable crops to protect them against natural disasters that result in crop losses. The deadline to sign out for NAP coverage at your local FSA office for the 2021 crop year has been extended to September 30, 2020. Many offices are currently closed due to the COVID-19 pandemic, so call or email first. NAP coverage is available for clam, oyster, and sunray venus crops. 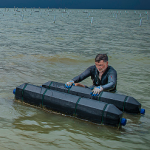 A series of newly published fact sheets for the off-bottom oyster aquaculture industry in the Gulf of Mexico provides guidelines and suggested safety procedures for preparing for tropical storms and hurricanes. Florida Sea Grant, the Mississippi-Alabama Sea Grant Consortium, and Louisiana Sea Grant developed the “Tropical storm and hurricane preparedness for off-bottom oyster aquaculture in the Gulf of Mexico” series to help oyster farmers reduce damages related to wind, storm surge and decreased salinity from flooding. There are six publications that focus on planning, preparation and recovery for different types of farms, facilities and equipment:  Introductory Planning Guide   Land-based Operations Guide Workboats 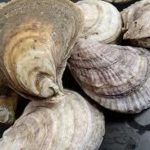 Video recording of the the virtual webinar, ‘Trying to Explain Unexplained Cultured Oyster Mortalities in the Gulf of Mexico’ is now available. To view visit: https://youtu.be/O69ZMIFp1UA https://youtu.be/O69ZMIFp1UAOBJECTIVES Increase knowledge of oyster farmers about what is known about oyster mortalities along the Gulf Coast and the effect of ploidy Increase awareness of current efforts to address mortality issues Seek industry input about what is being observed and priorities for future workAGENDA Welcome & Introductions: Leslie Sturmer, Bill Walton (5min) What do we know about oyster mortalities? (40min) Leslie Sturmer: Florida studies comparing diploid and triploid oysters Bill Walton: Alabama studies comparing diploid and 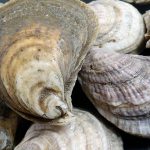 The Gulf of Mexico Oyster Genetics and Breeding Research Consortium is seeking your help. The consortium is coordinating the SALT (Selection of Aquaculture Lines with Improved Traits) project to develop lines of eastern oyster bred for improved performance in the Gulf of Mexico. These lines will be made available to industry operating in the Gulf region. Your input is being sought to define project objectives through the following survey. The survey takes only a few minutes to complete and growers’ feedback will be of great value in developing this important resource for oyster aquaculture. Please return responses to Heather King, heather.king@usm.edu (email). If you 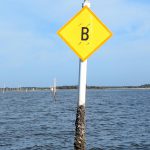 The Florida Department of Agriculture and Consumer Services (FDACS) has been granted authorization to establish the Four Mile Aquaculture Use Zone in Apalachicola Bay and to execute 38 submerged land leases for use of the full water column. FDACS will accept lease applications from March 6 through March 20, 2020. Download the following support documentation. – Public notice of open aquaculture lease application period – Application for a state-owned sovereignty submerged land aquaculture lease – Map of proposed Four Mile Aquaculture Use Zone Pre-application workshops were held on March 4th and 5th in Apalachicola to provide information about the application process and to inform 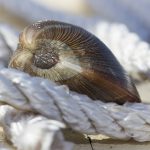 Total sales of U.S. aquaculture products in 2018 was $1.5 billion, an increase of 10.5% from 2013, according to the 2018 Census of Aquaculture released in December by USDA’s National Agricultural Statistics Service. In 2018, there were 2,932 aquaculture farms with sales in the United States, down 5% from 2013. In Florida the total number of farms that reported aquaculture sales was 325, accounting for 11% of farms in the U.S. However, the number of Florida farms was down by 17% from the previous census in which 393 farms were reported.