Application of Triploidy to the Emergent Florida West Coast Industry

This project allowed for large-scale demonstration and evaluation of an oyster breeding process to local conditions on Florida’s west coast by oyster growers. The objectives were two-fold:

FOLLOW THIS PROJECT BY VIEWING THE NEWS ARTICLES BELOW: 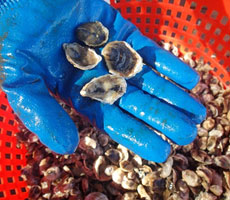 Seed Provided to Growers in July 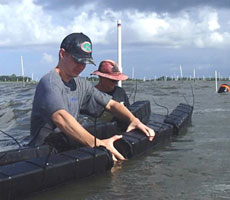 Triploid and diploid oyster stocks were also planted by UF at their experimental lease located within the Dog Island Lease Area off Cedar Key on August 4.
Read more 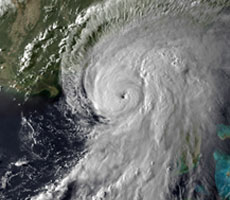 After meandering around the Gulf of Mexico as a tropical depression, Hurricane Hermine gathered steam and headed straight for the Big Bend coast on September 2. Read more 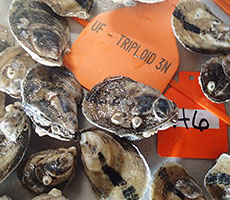 This article summarizes the growth of diploid (2N) and triploid (3N) oysters cultured at the UF experimental lease within the Dog Island Lease Area near Cedar Key. Read more 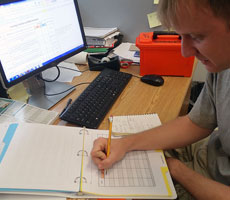 Another component of the Oyster Culture Demonstration Project is to document economic costs and benefits associated with diploid versus triploid oyster production along the west coast of Florida. Read more 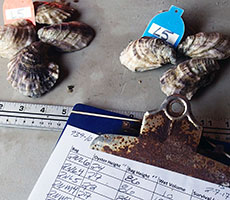 A similar number of oysters provided to project participants were also cultured at the UF experimental lease off Cedar Key so that growth and survival could be documented bimonthly during growout. Read more 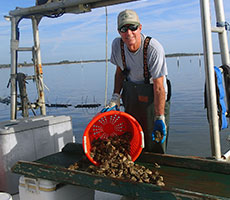 Ten growers in four west coast counties participating in this project received oyster seed (2500 of each ploidy type, 20-22 mm in shell height) during July 2016 to grow on their leases. Read more 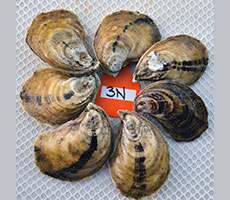 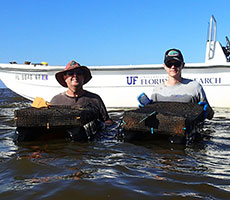 Next Crop of Seed Distributed

To quantify the effects of seasonal harvests on ploidy type, several spawns using tetraploid oysters held from the spring 2016 spawn were attempted in the fall. Read more 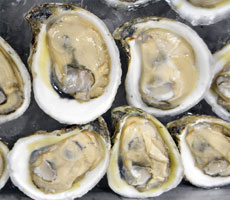 Oysters typically acquire their flavor from their growing environment and are frequently named after their harvest location. Read more 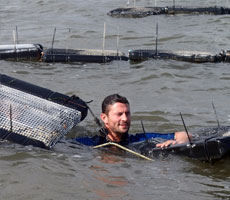 The second phase of the demonstration project evaluates the performance of diploid and triploid oysters planted in early spring. Read more 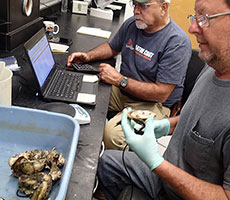 As in the first phase of the demonstration project, oysters were also cultured at the UF experimental lease off Cedar Key in the second phase. Read more 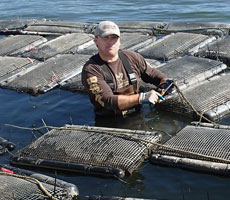 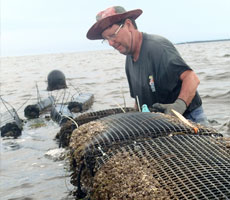 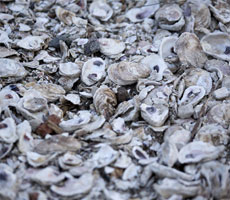 What is Risk? Oyster farming, like any aquaculture or agriculture operation, has risks that are beyond the grower’s control. Read more 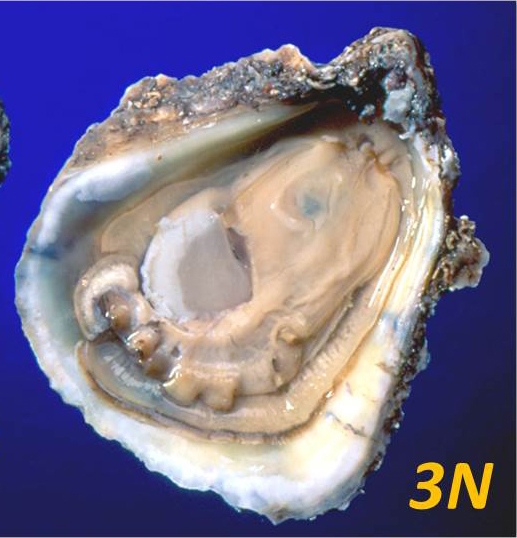 Natural triploids of the eastern oyster Crassostrea virginica have only been available for commercial use for the past 15-17 years elsewhere in the U.S., and not until 2014 in Florida. Read more 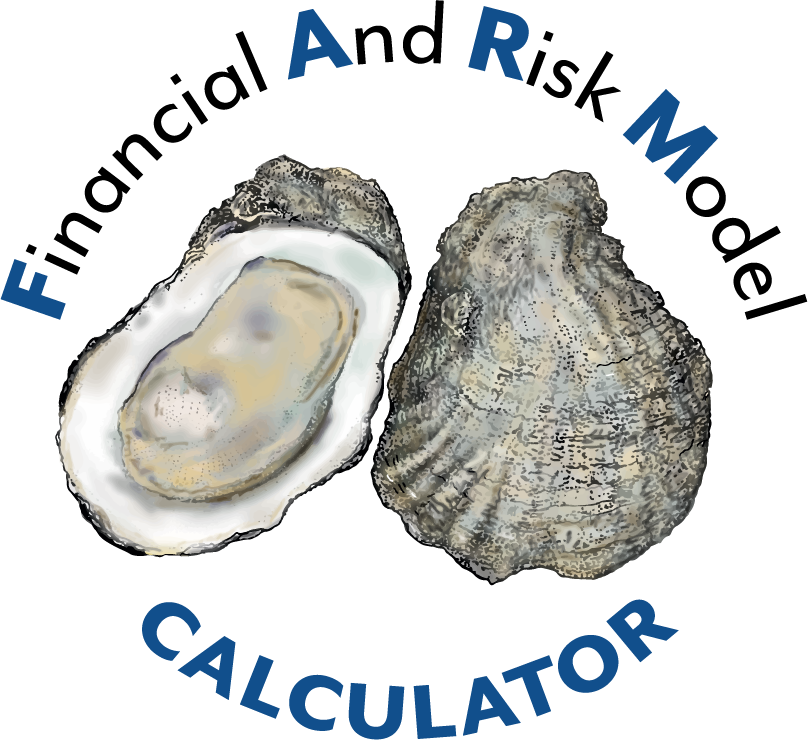 Risk in oyster farming, as in all agriculture and aquaculture production, is any event that a grower cannot control but affects the grower’s operation. Read more